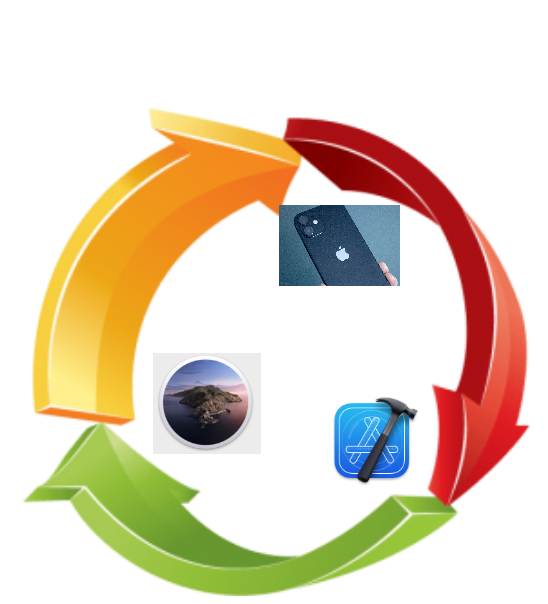 It’s very complicated, full of details and numbers but I will try to do it as simple as possible (although it’s never simple when it comes to apple….)

Co-Existence, by definition, is the combination of IOS version on an iPhone device and the version of XCode running on a version of MacOS.

When simulators are used, there is no problem, the installed version of iOS in the simulators will not exceed 14.4, but when it comes to physical device, this is where the problems start….

There are actually 2 solutions to this co-existence problem:

Who ever ran through such process will tell you that:

Option 2: a simple trick with Xcode:

We can just make XCode think it does support a newer iOS version …..

browse the content of the XCode application and drill down to

In that folder you will see all the iOS versions supported by your version of Xcode, simply duplicate the latest folder and rename its name to the version of the iOS in your phone.

Evoila! now the note in XCode disappears and Android Studio finds my phone.